3.4 Rosses for being a quite enjoyable film. Loses a lot of points for lack of Cringer.

The Music is Lucas-esque +
Frank Langella ++
No Cringer/Battle Cat yet -
Continuing the Lucas-esque theme, the costumes seem to be Storm Trooper rejects.
They’re on Earth now (guessing Cringer’s not gonna be there 😟)
A cow (perfectly normal beast) “seems harmless” +
Blimey, Courteney Cox is young.
Robert Duncan McNeill (pre-Starfleet) +
Still no Cringer -
Grappling Hook Chicken Theft +
Subtle Vegetarianism Hint (“These used to be an animal”) -
Getting worried about the lack of Cringer -
Tom Paris plays a synth solo on the cosmic key +
Paris is a gonna “amp” the cosmic key up +
Pre-Google Maps Google spaceship Maps +
He-Man saves Monica
Voodoo Chile +
“It’s this large and has lights on it” ++
Cadillac runs off Neutrinos now
Mr. Strickland knows it’s not a synth 😉
Still no Cringer -
Nice to see a fist fight with one person holding a gun where the gun doesn’t go off +
Typical “ghost of dead mum” manipulation -
Skeletor arrives on earth using H.G. Wells' time machine on top of a tank thing (awesome) +++
Where the cluck is Cringer‽
Courteney Cox get’s the “It’s a trap” line
Paris is gonna save Monica (and the world) by playing a synthesiser, yes-aye! +
Their lack of Cringer disturbs me —
Golden Skeletor Suit - not sure ‘bout that -
I particularly like Jon Cypher in this movie +
“I have the power!” - performed fantastically ++
Bad guy fell down a shaft
Man I would love if that Eternia keep-sake the white queen gives Monica showed up in Friends
Lead female wakes up in bedroom after visiting a magical world, the shot pans around the room…. Labyrinth anyone?
Oh, I get it, they’ve put her back in time so her parents are alive. Kinda nice I guess, wasn’t expecting that + 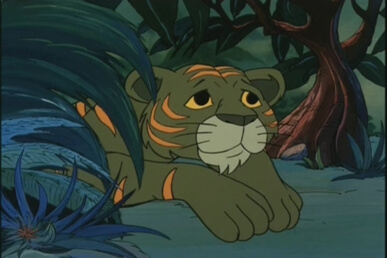